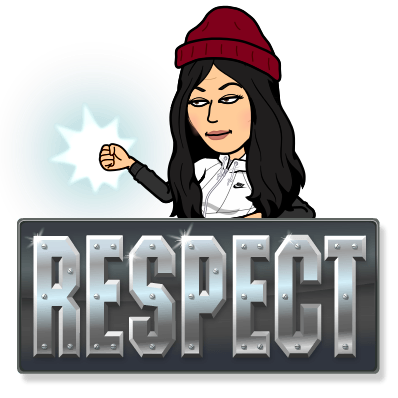 CrossFit is more than just a fitness program doing fit-dude things. In case anyone hasn’t truly noticed the scoreboard on America’s health… uh, we are tragically getting our asses kicked, with 70% of Americans dying from preventable chronic diseases. We have successfully and quickly become the sickest species on the planet. As a society we have seriously been misled with upside down, ass-backwards-false-wrongful information by our trusty governmental Health Institutes. Here, I explain the heroic work of Greg Glassman, CEO of CrossFit, and his modern-day round table of Knights, as they undo what he refers to as, “The Mess”.

Every 7 out of 10 Americans die yearly from chronic diseases, such as heart attacks and Type II Diabetes. Crazy. Since we all understand by now, that if not all, then most chronic diseases are totally preventable, meaning this is a result of lifestyle choices. What’s even bat shit crazier is that the mass of folks sees this as a norm. Like…

“Ooop, time for my insulin shot.”

Why do we see such a high rate of chronic disease as a norm?

Answer: Because some homies of governmental health institutes abuse their power, posing like chronic diseases is just part of the aging process. As if it was just an unfortunate hand at the poker table, like c’est la vie. “Just take this pill, do this procedure, and go on a fat free diet.” Meanwhile, you get sicker and they get richer. #kickbacks

And why is that it seems like it is such a massive insidious secret, that these diseases, like obesity and heart disease, can actually be prevented?

I say massive for the obvious reason that these chronic disease deaths account for more than half of our American population, and yet no one has truly figured out this deception, at least not until recently. Insidious, because professional systems we were taught to trust, have despicably led us right into this hellfire of chronic disease epidemic. And secret, because, well, it is as if we’ve been spell bound unable to accept the fact that our state of health is a product of what we do for exercise and what we eat for food. Fat Free shit in a box is not food and fat burner pills isn’t a substitute for exercise.

However, ironically, at the root of this disastrous problem, lies the solution, a solution Greg Glassman calls, “An elegant solution to the world’s most vexing problem.” And thanks to their platform CrossFit Health, we can finally… ‘Make America Healthy Again’. (And no, this was not a respectable nod.)

Greg Glassman, the CEO of CrossFit and his Red-Shirt terror squad are more than determined to remix this corrupted health business and replace it with a classic, an oldy but goody—ancestral primitive eating lifestyle and ancestral style of activity. #oldschool

Eat meats and vegetables, nuts and seeds, some fruit, little starch and NO sugar and do CrossFit—constantly varied functional movement executed at high intensity. Don’t believe me? Don’t believe Greg Glassman and his Justice League team? Just ask the Greeks. The Greeks did those things, and did them well. Greek God abs anyone?

CrossFit is no basic rebel having already traded some blows in the court room going toe-to-toe with NSCA and the ‘untouchable’ Soda industry. Since these opposing thugs decided to put up the fight, they put themselves at risk for showing their false claims. Where I come from, we call that ‘frontin’, and all that frontin’ gets no love. And where there is no love, there can be no respect. And that is exactly what happened, Greg Glassman and his team of lawyers exposed their dishonesty.

Where there should have been honest science, was instead manipulation, scientific misconduct in the form of falsification and fabrication of data and deception. That is where everything went so wrong in our current health status, but the only thing that was, and is, going sooo right, was and is their money flow. More sick people = more money for them. #cha-ching

No doubt, CrossFit is being positively disruptive, shaking up the current corrupted Health systems provided by our governmental health institutes and boy is it a backyard boogie. They don’t show any sign of slouching anytime soon either, with the revolution of 15,000 CF affiliates, 150,000 credentialed CF trainers, and millions of CF devotees, CrossFit is quickly taking the floor. Over 20,000 CrossFit physicians are implemented in the health systems to help reverse this chronic disease madness.

My homies, near and far… we aren’t supposed to be living like this—high glycemic carbohydrate eating and seldom to no active lifestyle. This shouldn’t be the norm. It is imperative to flip this belief, or else a heart attack will be as common as a Starbucks on every street corner. Easier said than done, since sugar is like a drug, clever of them to hide it in plain sight. But we can start by eliminating processed foods as much as we can, eat more ‘Greens and Meats’, and then add in some fitness. For more information about “The Mess”, I invite you to view links, which include interviews with Greg Glassman, the CrossFit Health site, and legal matters mentioned above.

Breaking Down the CF #SugarKills Soda debate By Patrick McCarty

(Quote from article in link above)  “I’m not trying to put soda out of business,” Glassman said earlier in the day at a breakfast held by the Cato Institute, a Libertarian think tank, where he admitted he occasionally drinks Diet Coke. “I just want them out of the health sciences.”